When Ken Fischer retired as President of University Musical Society (UMS) in 2017 after 30 years of service, he left the performing arts presenter a very different organization than he found it. UMS has always been well-regarded for bringing renowned orchestras and chamber ensembles to Ann Arbor to perform the classical music canon, but under Fischer’s leadership the organization grew, took risks, and greatly enriched its relationship with campus and local communities. Fischer tells the story of his time at UMS in Everybody In, Nobody Out, a memoir published in 2020 by University of Michigan Press.

Joining UMS in 1987, Fischer said that at that time the organizations had few meaningful relationships with local arts groups and cultural organizations. “They were natural collaborators because of our obvious shared interests,” Fischer said Everybody In, Nobody Out. “I realized that since we were in the business of lifting up and celebrating cultural expressions, we needed to know much more about the cultural groups in our own backyard and what gifts they could be offering us.” Fischer also sought to build relationships with businesses, media outlets, and especially local schools in an effort to foster the next generation of performers and aficionados. Fischer’s fundraising prowess allowed UMS to commission new works, expand its range of offerings -- both musical and theatrical -- and hire additional staff.

Fischer’s legacy also extends deeply into UMS’s role within the University of Michigan campus community. While brokering partnerships with business leaders to fill Hill Auditorium, the Power Center, and Rackham Auditorium at $125 per seat, Fischer also arranged for UMS to set aside 550 tickets for students at $10 each and secured funding from Bert Askwith for the “Bert’s Tickets” program, providing each incoming student with a free UMS performance.

“I knew we’d done something right when I saw a student in khakis and a sweater sitting next to a chief executive officer in a tux on the Main Floor,” Fischer said. “One paid $10, the other $125, and they were both having a grand time.”

“In almost all colleges, Arts were for alumni and teachers, and entertainment and spectacle were for students,” said jazz musician Wynton Marsalis in the Foreword to Everybody In, Nobody Out. “Here, students overflowed because Ken was out there recruiting them to the cause.” One of Fischer’s early outreach successes saw 30 Michigan music students meet with Leonard Bernstein at the home of then-U-M president James Duderstadt, a memory that continued to inspire the musicians beyond graduation.

Throughout the thirty years he led the organization, Fischer pursued an ambitious campaign to expand and diversify UMS programming and audiences. During Fischer’s tenure, UMS hosted landmark performances such as Vienna Philharmonic’s final tour with Leonard Bernstein, a multiyear partnership with the Royal Shakespeare Company, and artists as diverse as Yo-Yo Ma, Jawole Willa Jo Zollar, Elizabeth Streb, and Nusrat Fateh Ali Khan. At the same time, UMS intensified its efforts to welcome Michigan’s citizenry through partnerships with local communities of all types and accessible programming for K-12 schools throughout the region. This work culminated in UMS being awarded in 2014 the National Medal of the Arts, the highest honor given to artists and arts patrons by the United States.

The publication of Everybody In, Nobody Out -- named for Fischer’s inclusive leadership style -- itself furthers the goal of promoting the arts at Michigan. All proceeds from the book support UMS and its programs. Though Fischer’s book is peppered with colorful anecdotes about the people and presentations that contributed to these successes, it is neither a history of UMS nor a memoir of his numerous accomplishments. Rather, the book is a reflection on the power of the performing arts to enrich communities, preserve cultural heritage, incubate talent, and find ways to make community voices heard. “Ken’s book is a wonderful, readable reminiscence, disguising a how-to manual for connecting people,” says Janet Eilber, Artistic Director of the Martha Graham Center of Contemporary Dance.

To spread the word about Fischer’s book and the philosophy of inclusion that inspired his work at UMS, Michigan Publishing teamed with Buoyancy Studio, whose U-M alumnus founder Josh Buoy played a lead role in producing video content for the University’s Bicentennial in 2017. The end result was a trailer for the book featuring arts leaders from around the world commenting on the concept “Everybody In, Nobody Out” and its importance during our current moment. Backing the trailer is an original composition, inspired by “The Victors,” that was written, performed, and produced by James Naigus, an alumnus of UM’s School of Music.

The trailer debuted at a book launch co-hosted by UMS, Michigan Publishing, and the Ann Arbor bookstore Literati. “The story of UMS over the life of my tenure was really about the arts being for everybody,” Fischer said at the event. “You know, get out of that Burton Memorial Tower, and—by management and by walking around—get out throughout southeast Michigan to build relationships that are genuine and not exploitive.”

Publishing the autobiography of such a prominent champion of the arts continues University of Michigan Press’s tradition of engaging with creativity and creation at Michigan and beyond. Our long-running Poets on Poetry series is a trusted resource on the craft of writing, while our collaboration with the Gayle Morris Sweetland Center for Writing to produce the Sweetland Digital Rhetoric Collaborative series explores the innovative new methods of storytelling through emerging media.

Watch the Virtual Book Launch Party for Everybody In, Nobody Out 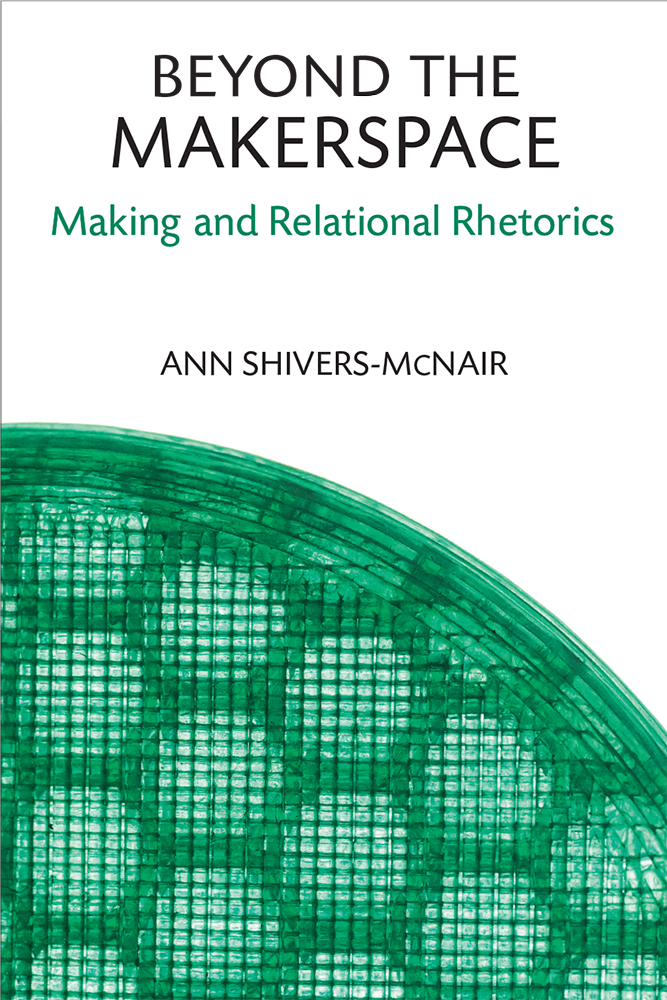 A volume in the Sweetland Digital Rhetoric Collaborative 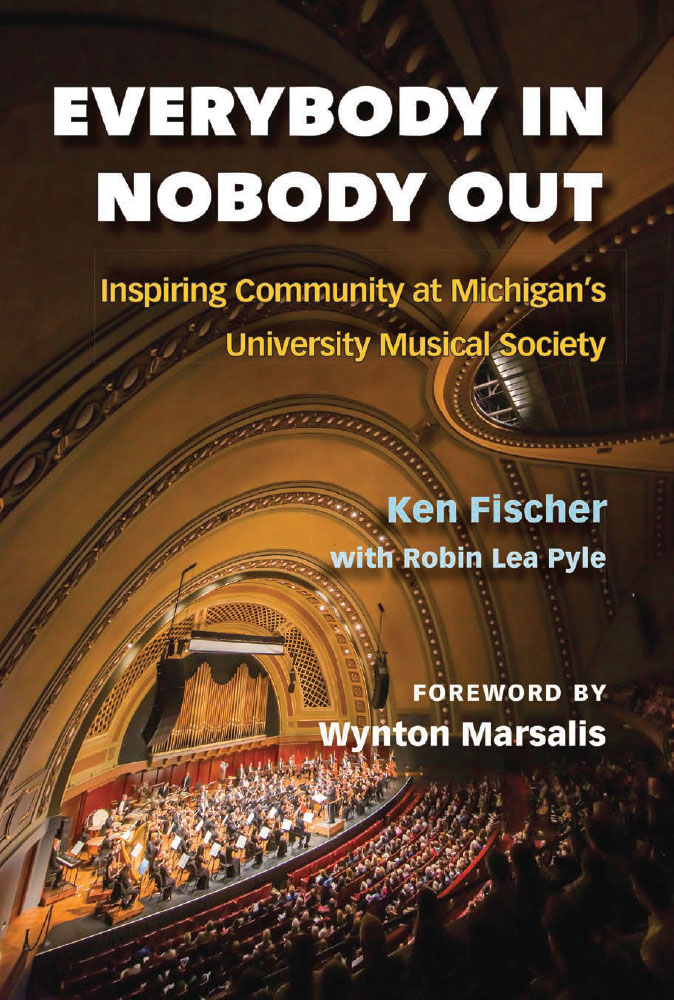 Everybody In, Nobody Out

Housed on the campus of the University of Michigan in Ann Arbor, the University Musical Society is one of the oldest performing arts presenters in the country. A past recipient of the National Medal of Arts, the nation’s highest public artistic honor, UMS connects audiences with wide-ranging performances in music, dance, and theater each season. Between 1987 and 2017, UMS was led by Ken Fischer, who over three decades pursued an ambitious campaign to expand and diversify the organization’s programming and audiences—initiatives inspired by Fischer’s overarching philosophy toward promoting the arts, “Everybody In, Nobody Out.” 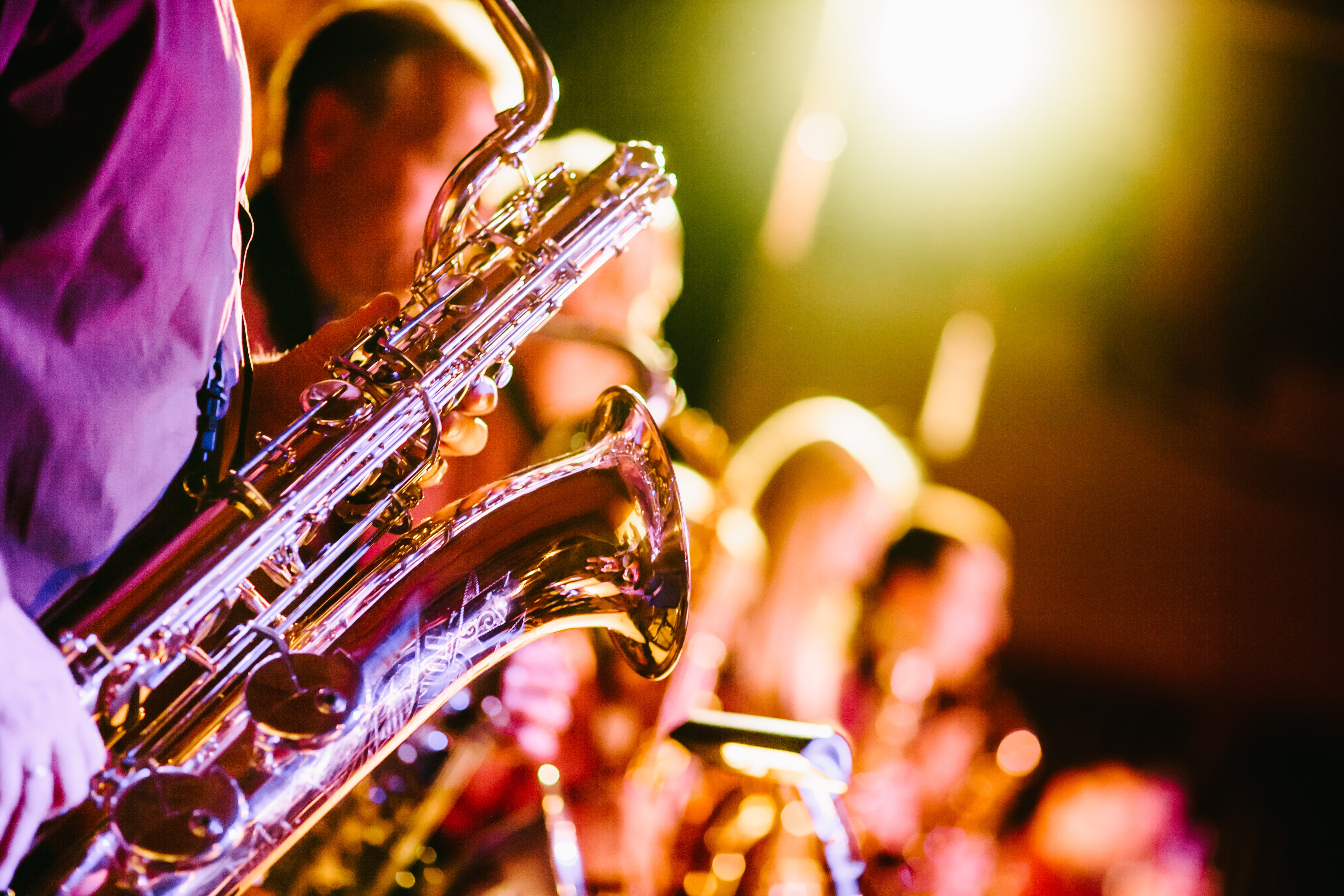 Supporting innovative scholarship is a key value at the University of Michigan Press, and one prominent subject area where this is highligh…